Linden sneaks around to find the truth about Seward, while Holder’s investigation leads him to a den of despair. 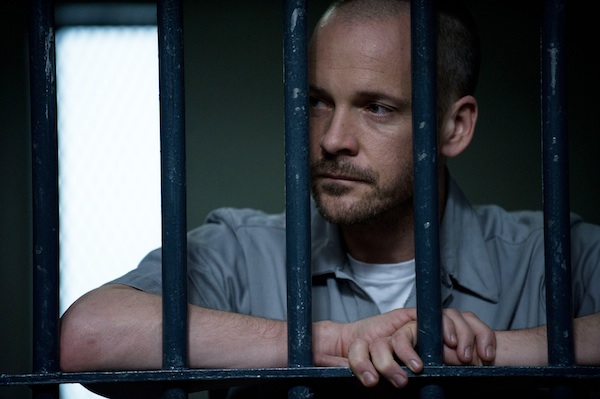 As a show that’s known to push the limits when it comes to disturbing images, it’s not surprising that this episode came with several “cover your eyes” moments. Linden (Mireille Enos) and Holder’s (Joel Kinnaman) investigation led them both down some pretty hard-to-watch paths that included a pond of full dead bodies, teenage prostitution and child pornography. Better get a strong stomach — the season has just begun.

AMC’s The Killing not so dead after all >>

Linden is officially back on the job, but with a strong warning from her boss (and ex-lover) that she’d better focus on the case at hand and not a soft case from the past. This case is all about the serial killer with an affinity for child sex workers who has a gruesome way of disposing of bodies.

But, she’s still interested in Seward’s (Peter Sarsgaard) case. Seward is innocent of brutally slaying his wife in front of his son Adrian and these two cases are somehow related and Linden is hell-bent on proving it. But for now, she must fly under the radar.

Holder’s investigation leads him to the local pimp whose den of despair includes countless DVDs of child pornography and shady characters that venture in and out. There isn’t any proof that this is their deranged killer, and after he lawyers up, they have to let him go. However, they are able to find one very crucial piece of evidence. On one of his DVDs, they find one of the victims from the pond being forced to remove her clothing from a scary-voiced man off-camera. While it isn’t clear whose voice it is, there’s no doubt the pimp will be brought back in for questioning.

Seward, meanwhile, is being tortured by the guards for being a wife killer. As he showers in an isolated and barred cell, he removes a razor blade that’s been strategically hidden in a bar of soap and swallows it. At first it appeared the blade was intended for the guard, Becker (the two have a longstanding beef), but after Becker taunted that Adrian was doomed to suffer the same fate as his wayward father, Seward had a change of heart. Alone in the dark, he coughs it back up and goes to town on himself, ending up in a pool of his own blood.

Linden did something super creepy and went to Adrian’s school yard, spoke to him on opposite sides of a chain-link fence and pushed him to answer questions about his tree/factory drawing. The obviously uncomfortable kid only said he wanted to see his dad. This further proves Linden’s theory that Seward didn’t kill his wife. Why would a child want to see the man who killed his mother right in front of him?

Even if Seward is innocent of that crime, he’s an incredibly creepy dude guilty of several others. But, Linden’s out for justice and she’s running out of time if she’s going to get him off death row.