Are the Mad Men conspiracy theories keeping you up all night? 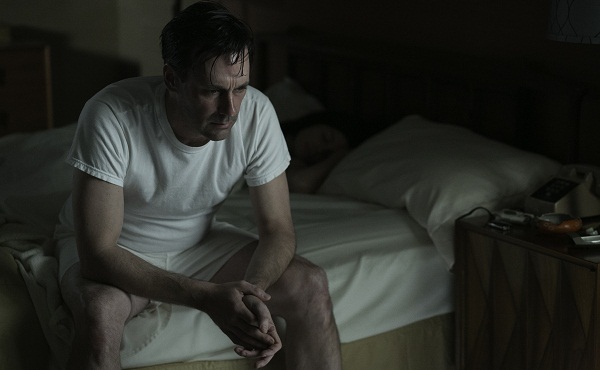 Since the very beginning of Mad Men‘s sixth season — really from the very beginning of the show — the conspiracy theories have been running wild. When the season opened and Don was reading Dante’s Inferno, speculation about whether Season 6 was Don’s hell immediately began. The theories didn’t stop there, and they may have peaked when Megan recently showed up in one very specific shirt. Is Don dead? Is Megan? And, WTH is Bob Benson? We rounded up the best theories behind our favorite show.

Don is dead… or dying

Since the very beginning of the show, many have suspected that Don (Jon Hamm) would end up being the man falling from the window in the opening credits. Many figured he’d make the final plunge at the end of the series, but now fans are starting to wonder if it won’t be before this season’s end. Don’s obsession with death didn’t stop at reading Inferno. He also badgered the doorman about his brush with the afterlife.

Many have dived so deep into the Don-is-dead rabbit hole that they’re convinced all of Season 6 has been about Don’s afterlife and that’s he’s wandering through Dante’s various stages of purgatory. In one of the most interesting ways believers have backed up their beliefs, one fan on Facebook pointed out that the digits of Sylvia’s hotel room number, 503, add up to 8 and that the eighth circle of hell is typically known as a place made for seducers (and Don is certainly that).

Our questions: If Don is dead, when did he die? If Don will die before the end of this season, what will writer Matt Weiner do for the entire Season 7 that has already been promised?

Megan is dead… or dying 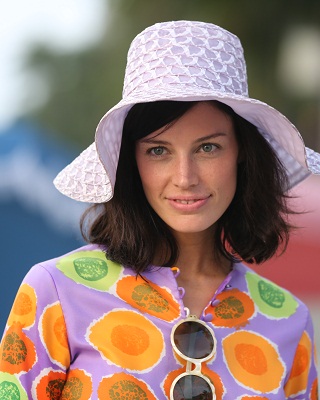 This theory is probably the most solid of all of them, and it’s a new one at that. The theory first arose when one hawkeyed fan noticed Megan’s T-shirt with the red star. The shirt is exactly like the one worn by Sharon Tate in a spread she did for Esquire in the late ’60s. Soon after, she was murdered by Charles Manson. Sources say that putting that shirt on Megan was 100 percent deliberate, too, and we all know Weiner doesn’t do anything without reason. The shirt would suggest that Megan is on her way out, but many others are saying she’s already gone.

When was the last time we saw Megan talk to anyone but Don? In this most recent episode, she never interacted with anyone but him. Furthermore, when he went to California, got high, passed out and fell into the pool, Don talked to two very important people: Megan and the dead soldier we met in the first episode of Season 6. When his dream-like self asked Megan why she was “here,” she told him she “lived here.” If Don was on his way out of life before Roger pulled him from the pool, “here” was the afterlife. Would Megan have been there if she weren’t dead, too? And, as we know from experience with Anna and Don’s brother, Don does have a way with dead people.

As for how she’ll die: Sharon Tate was stabbed to death, and there have certainly already been enough stabbings this season (Peggy vs. Abe and Ginsberg and his X-acto knife vs. Rizzo).

Our questions: Why would Weiner kill off Megan? Things are rough in her marriage right now, but offing her would be too easy on Don. (Devil’s advocate: Or will killing Megan teach Don he should have been happy with that he had?) Again, we ask: But when? And by whom? (Adding to the conspiracy: Ever notice all the police lights in this season’s promotional pictures? Is it possible Don will be the one to kill her off and those lights are a forewarning of what’s to come?)

Don’s? Elena’s? Who’s love life does yours most resemble? >>

Who the heck is Bob Benson?

Oh, man! The theories are out of control when it comes to Bob Benson, and all of them are either incredibly awesome or incredibly insane. Bob Benson’s alliterative and three-syllable name is reminiscent of Don Draper’s. Could he be there to mirror a young Draper? In those promotional ads, we see Don and the back of a man’s head that people presume is Don’s reflection. Could it really be the back of Bob Benson’s head? They are similar. There are also theories that Benson’s a spy, which would go hand in hand with the work they’ve acquired (or at least tried to) with political campaigns and other high-profile corporations… and it would fit into an investigation into Dick/Don’s identity theft. That would also explain those police lights, right? Some also think he might be Roger’s or Don’s secret son. With the way those boys get around, it’s plausible. Less plausible but still a theory: Bob Benson is Bobby Draper… from the future. (And this entire season is just one of Ken Cosgrove’s stories.)

Believe it or not, that’s just the tip of the iceberg when it comes to theories surrounding Bob Benson. As a matter of fact, they really deserve an article of their own! 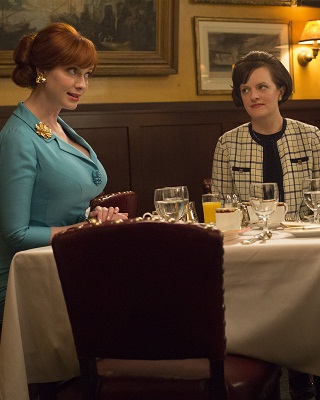 One Huffington Post writer is convinced that Joan (Christina Hendricks) and Peggy (Elisabeth Moss) are on their way out with plans to start their own ad agency. (And, of course, it’s got people talking!) On the one hand, that seems logical: An all-girl agency could possibly scoop up all the female-geared companies from not only SC&P but everyone else in the business. Plus, we recently saw Joan take her own stab at taking on an account. And Peg and Joanie have certainly become closer in recent seasons. But… Joan is a partner at SC&P. Why on earth would she ever want to give that up? If this happens, it seems more likely to be only mentioned this season but come to fruition in the seventh and final season.

Want news delivered to your inbox? Sign up for our newsletter! >>

With so many theories and everything on lockdown by Weiner, it’s hard to be sure what might be true and what is definitely false. All we know for sure? We’ll keep watching to see what happens.

Did we forget any wild and crazy theories? Do you have any of your own? Tell us everything!