At his core, Joss Whedon is a feminist. That’s why he inserts strong women into all of his projects. But what about everyone else? Whedon’s fed up with the lack of female superheroes on the big screen. 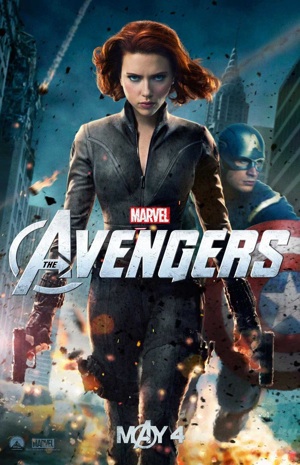 Where the ladies at? That’s the question Joss Whedon and countless action fans want to know. Whedon is a director, writer and producer in both television and film. Over the course of his career, he’s noticed that when it comes to superheroes, women get the short end of the stick.

In an interview with The Daily Beast, Whedon opened up about his fondness for heroines. He declared that he was “raised by a hard-core feminist” and was often picked on as a child. He related to “the feeling of helplessness.”

Whedon’s résumé is filled with strong women, the most famous being Buffy the Vampire Slayer. The character spawned a film, television series and even a comic book. She has a huge cult following that grows by the day. Unfortunately, that type of success hasn’t made an impression on marketing executives.

According to the powers that be, women heroes aren’t a smart investment.

“Toymakers will tell you they won’t sell enough, and movie people will point to the two terrible superheroine movies that were made and say, ‘You see? It can’t be done,'” Whedon says. “It’s stupid, and I’m hoping The Hunger Games will lead to a paradigm shift. It’s frustrating to me that I don’t see anybody developing one of these movies. It actually pisses me off.”

“My daughter watched The Avengers and was like, ‘My favorite characters were the Black Widow and Maria Hill,’ and I thought, ‘Yeah, of course they were.'”

Whedon continued, “I read a beautiful thing Junot Diaz wrote: ‘If you want to make a human being into a monster, deny them, at the cultural level, any reflection of themselves.'”

Truer words have never been spoken. What Whedon said is a sad fact. Hollywood has regurgitated Batman and Superman movies for decades, yet we’ve never seen Wonder Woman on the big screen.

Hopefully, someone will take a leap of faith and make it happen. Fingers crossed!