Alyssa Milano inspired the look of Ariel from Disney’s The Little Mermaid? You’d better believe it! The actress has opened up about her connection to the 1989 film. 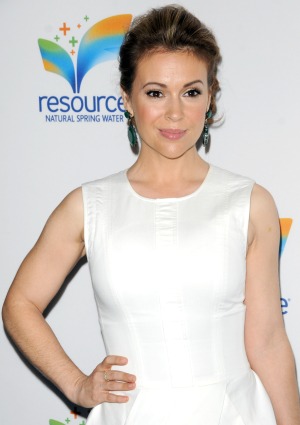 Have you ever thought that Ariel from The Little Mermaid looks an awful lot like Alyssa Milano? If so, your suspicions are entirely correct!

Long before the actress took on adult subject matter as one of the stars of ABC’s Mistresses, she worked with Disney on a behind-the-scenes look at how the 1989 film was made — where she found out she and Ariel had a lot in common!

When asked if she was the inspiration for The Little Mermaid on a visit to The Wendy Williams Show, Milo’s mother confirmed, “I actually was, yeah! Which I didn’t know when it was going on!”

Elaborating on how she discovered Ariel was drawn in her likeness, Milano continued, “I didn’t know that when it was going on, but they asked me to host The Making of The Little Mermaid, and it came out there that the drawing and likeness of the little mermaid was based on pictures of me from when I was younger.”

Thanks to the star’s early days in the limelight on Who’s the Boss?, artists had plenty of photos of the young Milano to work from.

Despite having an impressive list of film and television roles to her name, Alyssa Milano remains quite proud of her Little Mermaid connection.

After Wendy Williams inquired, “Doesn’t that make you just want to dye your hair red and wear a clamshell bra all the time?” Milano replied with laugh, “Yes, that’s how I walk around at home!”

Check out the video of Alyssa Milano in 1989’s The Making of The Little Mermaid here:

Do you see the resemblance between Alyssa Milano and Ariel from The Little Mermaid?