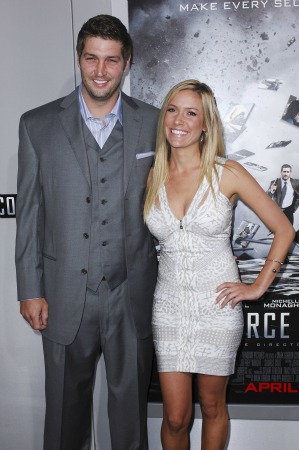 She promised to keep the date a secret and that’s exactly what she did. Kristin Cavallari is officially a Mrs.

The former reality star announced the news to her followers on Twitter on Friday.

In addition to the tweet, she included a photo of the couple’s wedding bands. Her band was a simple diamond band while Jay Cutler‘s was a much larger black band.

Cavallari and her NFL-player husband got engaged in April 2011, only to call it all off in July. Their reconciliation happened in November and she announced her pregnancy in January 2012. Son Camden Jack was born in August of that year.

TMZ broke the news early on Friday that the couple had been at the Davidson County Clerk in Nashville, Tennessee, to pick up their marriage license. Many fans expected a weekend wedding, but nobody expected the wedding to happen on the same day.

The former Hills star celebrated her bridal shower just five days ago with her friends at the London Hotel in West Hollywood, California. According to US Weekly, the day was filled with high tea, the traditional bride-to-be tiara and a few naughty toys for the honeymoon. 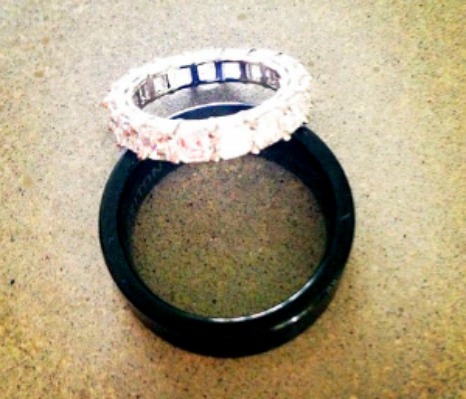 The low-key wedding seems to be exactly what the new mom wanted.

She shared with the entertainment magazine in May, “It’s going to be about 150 people, so not huge. I was never the girl who dreamt about my wedding or any of that stuff, but the wedding how we’re planning is exactly what I wanted. I think it’s going to be perfect for what we’re doing.”