In a new interview, Liberace’s former lover is making headlines for claiming he had a long-term affair with Michael Jackson. 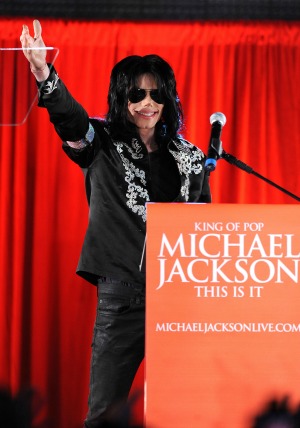 It’s been a tough week for the Jackson family with Paris’ suicide attempt. It’s been made even tougher now that old rumors are resurfacing, thanks to Liberace’s former lover.

On Thursday, The Sun published an interview with Scott Thorson, who spent five years with the flashy entertainer. After they broke up, the ex-Liberace lover hit rock bottom with a series of events including colon cancer, a prison sentence and drug addiction.

The 54-year-old is now dredging up old gossip that he originally revealed to The National Enquirer in 2004: He had an affair with Michael Jackson.

His recent interview with The Sun answered a few more questions about their alleged affair.

Thorson revealed, “Liberace introduced me and Michael in the late 1970s. It was right around the time Thriller was coming out and Michael and I became lovers.”

The relationship spanned over a longer period of time than initially reported.

He told the U.K. paper, “Our relationship went on for six or seven years. Michael was very generous, too. He treated me well.”

Supposedly, the two met at the late British female impersonator Danny La Rue’s house where they had their first sexual encounter and their “lovemaking session lasted about an hour,” according to his 2004 National Enquirer interview.

There have been no comments from Jackson family reps, but the original 2004 story was called “false trash” by Jackson’s attorney, Steve Cochran, to the New York Daily News.

Liberace biopic was “too gay” for every studio but HBO >>

The interview comes at a time when HBO is airing the biopic about the legendary performer and his relationship with Thorson. Behind the Candelabra, starring Michael Douglas and Matt Damon, has been a critical and ratings success for the cable channel.

While the former boy toy does have a stake in the film, he claims he’s not making any money.

He complained, “I didn’t make much out of the movie. I own a small percentage of the film, but Hollywood is notorious for padding the bill so its shows no profit.”

Thorson is currently out on bail while awaiting sentencing for burglary charges.