After all her years of walking in Carrie Bradshaw’s shoes on Sex and the City, Sarah Jessica Parker announces that she is starting her own shoe line called SJP. 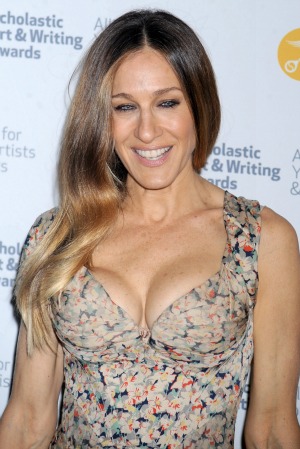 After playing Carrie Bradshaw on Sex and the City for so many years, Sarah Jessica Parker certainly knows her way around a nice pair of shoes. Playing Carrie on the show gave Parker the chance to strut her stuff in everything from Manolos to Jimmy Choos.

Well, now the actress has decided to put all of that experience to work by designing her very own line of shoes.

Parker has made the announcement of her own shoe line exactly 15 years (to the day) after first hitting the screen in her iconic role. The new line will be called simply “SJP,” Vogue reports.

It’s pretty fitting that Parker has chosen to collaborate on the line with George Malkemus, CEO of Manolo Blahnik, since Parker helped put them on the fashion map. The SJP accessories line will also feature bags and a few trench coats.

“Because I got to play that role, I wore a lot of shoes, and by default I learned an enormous amount,” Parker told Vogue, of her time on Sex and the City. “It’s hard to — no pun intended — walk away from that.”

The actress also said she is taking inspiration from “great old-school labels like Charles Jourdan and Maud Frizon” for her collection, and aims to offer customers “something different” in terms of shape, color, and price. The shoes will reportedly be pared back, simple and elegant, with pumps and flats priced between $200 and $300, and bags for around $700. The SJP collection will be produced entirely in Europe and New York City, and will be on sale exclusively through Nordstrom early next year.

“In a silly way, I think it’s what people have expected of me most because of Carrie Bradshaw,” Parker added. “We’re putting new colors together that people don’t typically do, just beautiful combinations that you wish existed in your closet. And in terms of bags, thinking about that period of the Seventies into the Eighties, what those women were carrying, taking away the bells and the whistles and hardware, and really making it about the bag.”

Sounds great to us! After all, who doesn’t want to walk in Carrie Bradshaw’s shoes? This may not make us live the life of the ladies on Sex and the City, but it sure will feel close.

What do you think of the news that Parker is starting up her own line of shoes? Will you be ready to buy a pair once they go on sale next year?