Paris Jackson is suffering from a deep depression brought on by family strife and a huge rift with her closest confidante: her brother. 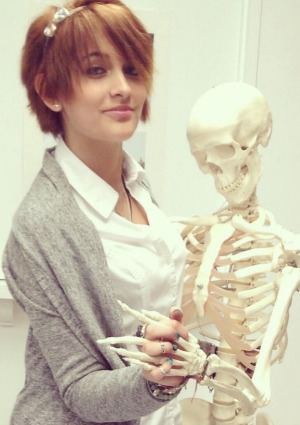 Paris Jackson’s suicide attempt goes much deeper than the teenage angst of a 15-year-old girl. Sources say that the young girl is desperately missing the love her late father Michael Jackson gave her, is bullied at school, treated as a commodity by many in her own family and has lost the close relationship she enjoyed with her brother Prince.

“Paris loves her grandmother but feels that Katherine can’t provide for her emotional needs,” a source close to the family told People magazine. “She and Katherine are close, but it just isn’t working for Paris. That’s why Paris has turned to Debbie Rowe. There is something missing in Paris’s life. The family hasn’t really taken this serious.”

“Paris went to UCLA Medical Center a few months back for depression and because she was feeling suicidal. She misses her father greatly. She was the center of Michael’s world. And it’s all different now. She’s just one of many grandkids now,” the source added.

Another insider said that Katherine just is not equipped to handle Paris’s special emotional needs because of her age and preoccupation with the lawsuit against the concert promoter she says is partially responsible for Michael’s death.

“[Paris] loves Katherine, but Katherine is dealing with the trial — and Katherine is an old woman. Just getting to the trial and back is a big deal for Katherine. She’s not really capable of giving Paris all the support she needs,” the insider told People.

Adding to Paris’s woes is the bullying she receives at school and a rift between her and her brother Prince, who she usually relies on for emotional support.

“[Paris and Prince] were always so insanely close until Debbie came back in the picture, and Paris wanted to get close with her,” a source told Us Weekly.

“Paris wanted her mom in her life, but Paris was younger and Prince remembers all of the awful things Michael told them about Debbie. Prince feels Paris is betraying their father by getting close to Debbie.”

“He has these massive fights with her and calls Paris a backstabber for getting to know ‘that woman,'” said the insider. “Paris and Prince fight all the time, and it really hurts Paris as they used to be close.”

Paris is reportedly under a 5150 psychiatric hold until Saturday.