Anyone who has tuned in to Keeping Up With the Kardashians has come to view Bruce Jenner as the long-suffering (and profiting) husband of momager Kris Jenner. It can’t be easy being surrounded by a bevy of media empresses. This week was a particularly sucky one for Bruce and here’s why… 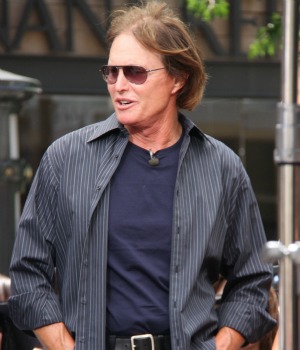 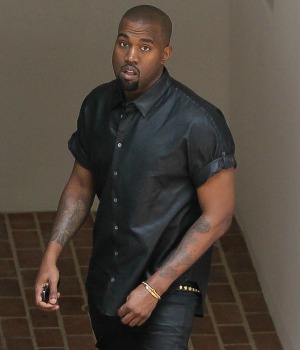 Bruce kicked off the week by telling Extra that he’d only met Kim Kardashian’s baby daddy, Kanye West, once. He explained, “He’s never… he’s not around. He was in Paris the whole time writing and he just hasn’t been around.” Zing. TMZ nudged Bruce’s failing memory by digging through the archives and finding four pieces of photographic evidence where Bruce Jenner and Kanye West are together. So what gives? Is Kanye just not that memorable? Is Bruce’s memory failing or was that Bruce’s passive aggressive way of saying that Kanye needs to be more present in Kim’s family life?

By the middle of the week, Bruce appeared on Late Night With Jimmy Fallon and spent the first four minutes of his appearance shredding Fallon for his plastic surgery jokes about Jenner. In the segment (which was monopolized by Jenner), Bruce retaliates against Fallon by putting up the worst pictures of Fallon he can find. The exchange felt a little uncomfortable and awkward, but notice at the end that Bruce is sure to mention that Kanye is pissed at Fallon and that Kanye is “family.” Huh. So by the middle of the week, the guy that Bruce has only met once is family? The whole thing was just a bit weird. Observe: 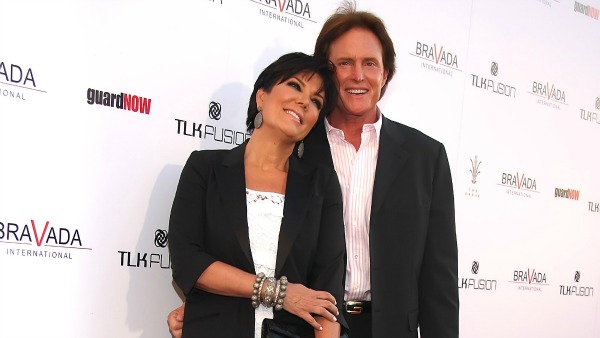 Jenner wasn’t the only one doing the late-night TV circuit midweek. While Bruce was raking Fallon over the plastic surgery coals, stepdaughter Khloe Kardashian was revealing to Jay Leno on The Tonight Show that mom Kris Jenner and Bruce live apart sometimes. “Well, they’re not having problems, but they still like to live apart, which is definitely different. It’s in the same state, yes, different city. I’m not for that, but you know, to each their own.” We’ve all heard of the “man cave” but Bruce has a “man house?” It’s interesting that for all the non-filtered content on Keeping Up With the Kardashians we always see Kris and Bruce living under the same roof. Are we to believe we’re only seeing the reality that the Kardashians want us to see? Weird. What we’ve got here, kids, is a credibility issue (yes, my tongue is planted firmly in my cheek).

Keep up with the Kardashians! Subscribe to our newsletter 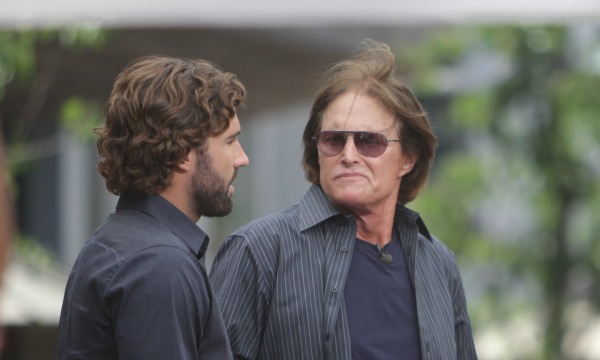 Bruce’s son from another marriage, Brody Jenner, joins Keeping Up With the Kardashians in the June 9 episode and talks on camera about what a great dad Bruce is now, but how that wasn’t the case when Brody was young. “I think Bruce is an incredible human being and I think that Bruce is an incredible father — he just wasn’t a great father to me.” When Brody tries to discuss this with Bruce after a family dinner, Bruce interrupts him and says, “Now’s not the time to talk about it.” Since when does a member of the Kardashian clan clam up on camera? You can bet wifey Kris will be chastising Bruce for aborting a sensational private moment.