Days before the anniversary of Michael Jackson’s death, Paris Jackson receives a totally bizarre message from Conrad Murray after her suicide attempt. 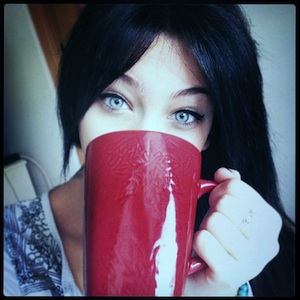 Paris Jackson‘s recent suicide attempt on Wednesday was heartbreaking news for many. As the famous — and only — daughter of the late Michael Jackson tries to recover,  Dr. Conrad Murray emerged from the confines of his prison cell to send Jackson unusual and flat-out creepy words of encouragement.

June 25, 2013 marks the fourth anniversary of the death of Paris Jackson’s iconic father, Michael Jackson. Dr. Conrad Murray was convicted of involuntary manslaughter in November 2011 for the death of Michael Jackson after a jury found he was negligent in administering an unintentionally lethal dose of the sedative propofol.

After reportedly hearing about Paris Jackson’s suicide attempt, Conrad Murray called Paris from a prison pay phone and began citing lyrics from Michael Jackson songs in an attempt to comfort the troubled teen.

Paris Jackson: a history of depression, a cry for help >>

TMZ obtained the full audio recording of Murray’s phone call. Some bizarre sound bites include Conrad telling Paris how close he feels to her with sentiments like, “I too love you as a precious father loves his own child.” The phone call goes on for almost four minutes and eerily recounts their relationship while Murray was Michael Jackson’s personal physician.

“I always will be available to listen to you, answer your questions, or to share with you a plethora of beautiful and untold stories of your father, as well as his venerable thoughts of you that he shared with me.”

While Paris Jackson is currently in a stable condition, Fox News reports this is not the 15-year-old’s first suicide attempt but offered no additonal details. An insider close to the family explained that Paris has long been in desperate need of mental health counseling.

“The Jackson kids never really got the professional help they needed after Michael died, and they need it. This incident is going to go one of two ways — it will either be a wake-up call to [Katherine Jackson] or it is only going to get worse.”

Dr. Conrad Murray is currently serving a four-year prison sentence for his role in the death of Michael Jackson. So far Paris Jackson has not publicly responded to Murray’s prison outreach.

We wish all the best for Paris and hope she is able to find the support she needs.